Every holiday we organize activities designed to help our scholars gain meaningful life skills through interaction with experienced facilitators as well as from our alumni who are engaged in different fields of occupation.

This August was not an exception.

Having said that, this month had a huge significance in Kenya’s history; the country was about to undergo one of the hottest-contested general elections. The elections were characterized by deep suspicion, abusive language as well as uncontrollable propaganda. For a moment it took us back to 2007 – 2008 when Kenya was literally burning after the then general elections. 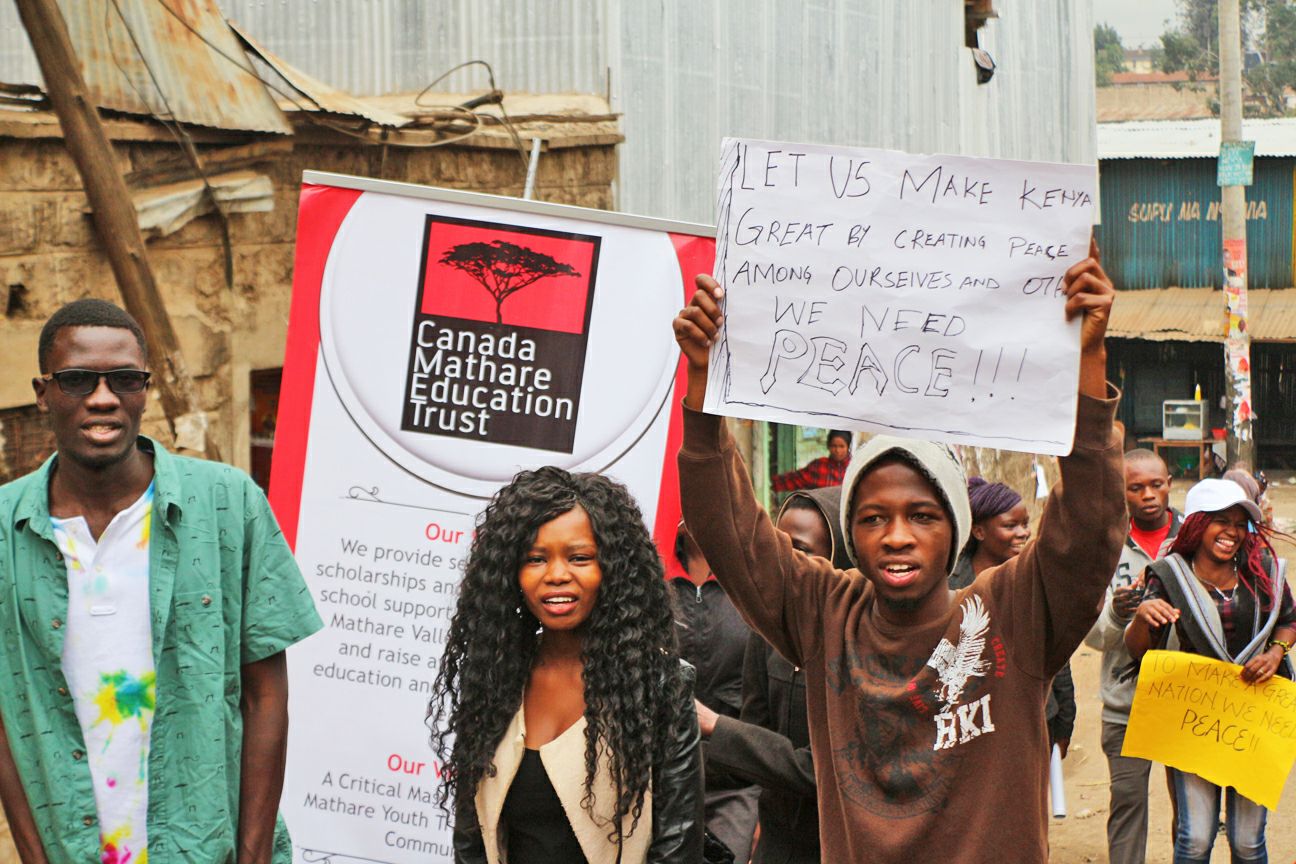 As an organization we thought best to organize the week-long holiday programs in-line with the mood and atmosphere of that moment. We invited guest speakers who are well-versed in areas of conflict resolution and group management.

At the end of every holiday program, our scholars are required to organize a community development program. This time around our scholars elected to do a walk around the Mathare Slum with the sole aim of spreading peace and tolerance before, during and after the post-election violence. The scholars brought along quotes on placards and walked throughout the slums engaging the community. They were joined by the alumni as well as their peers from different parts of Mathare. 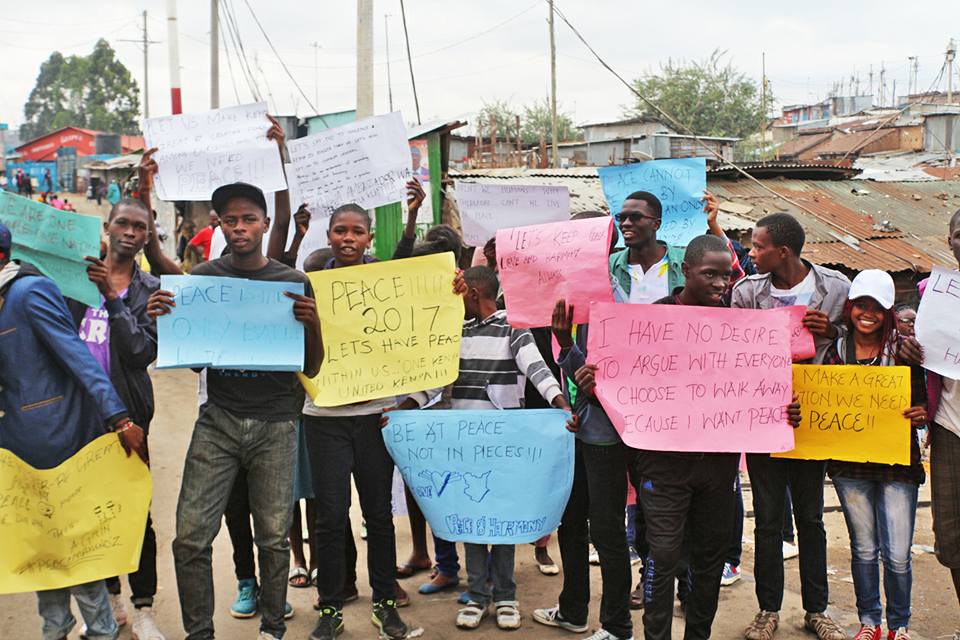 The walk brought about approximately 100 young people and we couldn’t be prouder of our scholars for pulling off such a successful and mindful event. The general elections were relatively peaceful and we believe the work put in by our scholars made a bit of difference in the psyche of the general Mathare populace.

We are already excited for the next program come December, 2017.