A Reflection on Mandela Day

CMETrust Co-Founder Titus Kuria penned this reflection about Human Rights and Education champion Nelson Mandela, and how we can - and must - carry on his legacy of fighting for the education rights of all. 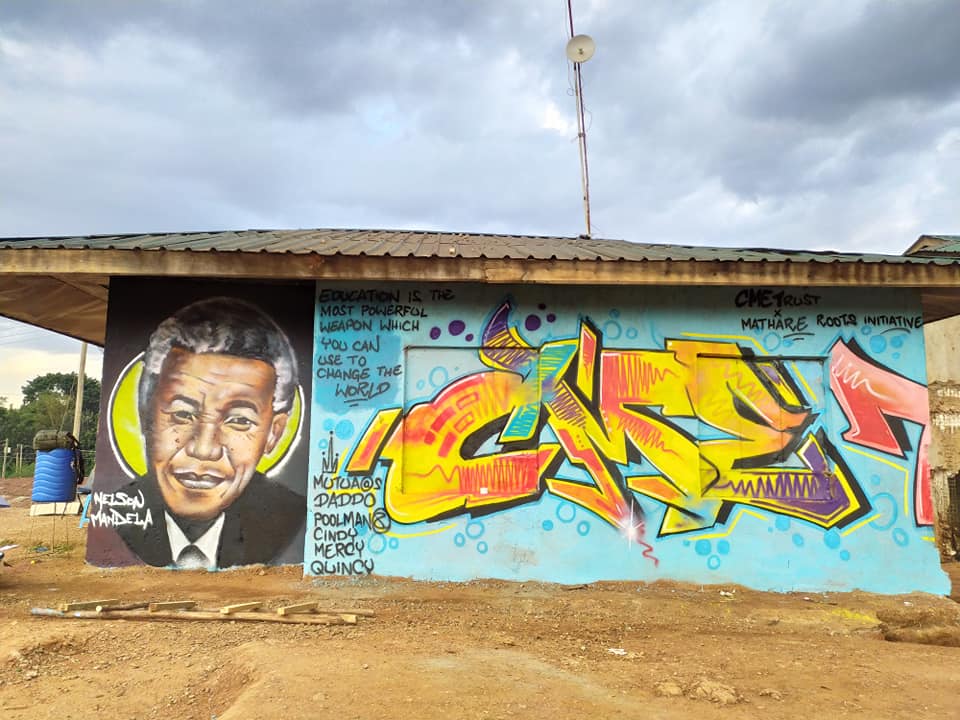 Mandela fought education inequality; we should keep up the good fight

On 16th July, 2003, during the launch of Mindset Network in an elated Planetarium at the University of the Witwatersrand, Johannesburg, Nelson Mandela - South Africa’s first Black president and anti-apartheid hero - uttered the following words, “education is the most powerful weapon we can use to change the world”.

Today as we celebrate what would have been his 103rd birthday, those words remain as relevant as they were when first said. Regrettably, the ravages of poverty, war, and disease, amongst other global pandemics are still with us 18 years later. If that quote was an African child, he/she would be finishing high school and turning into an adult. Heck, even the Kenya Revenue Authority would be sliding in their DMs!

But one wonders what kind of an adult they would be? A responsible one ready to face the world with awareness, or one not sure how to navigate this complex world? Would they have the right tools to combat the most severe global issues of today including terrorism, human trafficking, hunger, and the most recent one: COVID 19? The simple answer is a resounding NO!

According to the World Inequality Database on Education, fewer than 50 per cent of the poorest children have completed primary school in 39 out of 88 countries. The economic productivity and social quality of life of any country depends on its educated population, and closing the gap in global education is the key to global prosperity, safety and stability.

In an article dubbed ‘Why wait 100 years? Bridging the Gap in Global Education’, the Brookings Institution reminds us that “without a fundamental rethinking of current approaches to education, it’s going to take another 100 years for children in developing countries to reach the education levels achieved in developed countries.” In other words, the children from emergent nations lack the necessary skills to survive the battles of today.

As a citizen of the so-called “developing nation” and someone who grew up in the sprawling slums of Mathare, Nairobi, the picture is grimmer. Despite the efforts made by international agencies, regional and local civic organizations, Kenya’s urban slum youth are yet to fully access equal education opportunities. The vicious cycle of poverty is ongoing leading to high numbers of school dropouts due to lack of fees and other upkeep costs.

In many Kenyan slums the male high school dropouts become targets of blood-thirsty, trigger-happy police who shoot them on mere suspicion. Girls in the same predicaments can barely afford basics like hygiene products, consequently entangling themselves with predatory  adults. This generally ends up with unplanned pregnancies or STIs including HIV/AIDS. If you look at it more closely, it is systemic discrimination and oppression that has gone on for far too long. These are vices Mandela fought tooth and nail  all his life.

Take, for example, there are only 4 public secondary schools in Mathare constituency, serving a population of about 500,000 inhabitants. In addition, the few community-run non-formal schools lack the necessary infrastructure and qualified personnel to allow for quality learning that can help scholars compete nationally. There are inadequate libraries and the scarce laboratories lack basic supplies to do simple experiments.

As someone working with minimal resources for the last 15 years at Canada-Mathare Education Trust (CMETrust) and with similar initiatives helping young people fulfil their greatest potential, I can attest to the impact of empowering youth. However, it breaks my heart when boys and girls – not lucky enough to be part of our programs – cannot compete fairly with their Kenyan peers. It reminds us that we have a huge role to play to make things better. We need to close the gap.

To do this everyone has to play a part, including but not limited to, advocating, fundraising/donating, mobilising, lobbying, volunteering, facilitating, mentoring, teaching and any other role one can in bid to improve the status quo. Remember, no one has to be an expert or have a lot of resources to help; you just need to be willing to participate and/or contribute to the betterment of the underserved people around you.

By doing this you will not only be appeasing Madiba’s ubuntu spirit, but also helping his legacy live on by giving marginalized children and youth powerful weapons to battle 21st century’s most pressing issues.